OMG! I think the folks at Foot Levelers have lost their minds!!! 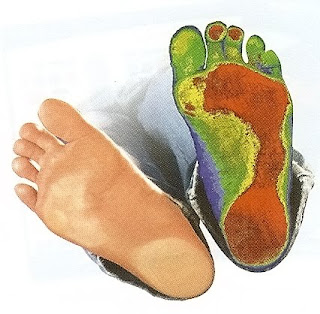 Yes, our friends at FOOT LEVELERS are offering a rock-bottom sweetheart of a deal for the entire month of OCTOBER 2010.

It's true ... I just got off of the phone with Roger at FOOT LEVELERS. ALL custom orthotics are on sale this month! NO exclusions!!! The folks at Foot Levelers must have lost all their marbles. I'm excited to get to pass on a great deal to my patients.

Our patients that have not ordered before can save up to $73. Even if you aren't a patient of ours, you can get in on the same deal.

Those of you who HAVE ordered FOOT LEVELERS before, within the past 24 months can save up to a whopping $90.

These custom orthotics (actually called SPINAL PELVIC STABILIZERS) by FOOT LEVELERS are the best in the industry. They allow your chiropractic adjustments (of the low back, pelvis, knees, ankles, heels & feet) to hold longer & better.

My thoughts on Pro Adjuster. Is it even chiropractic?

First off, I'm a Chiropractic Physician who has been adjusting my patients with both MY HANDS as well as HANDHELD TOOLS for 17 years. In the past couple of years, I've attended a couple of seminars where I practically got bonked over the head with the "Pro Adjuster" sales pitch.

This doc said that his exam revealed that T4 (my 4th thoracic vertebrae) was in need of a "Pro Adjuster adjustment". Then he supposedly adjusted it. I have a real issue with the way that this went down.

As I said previously, I've been practicing since 1993. If I need to find the 4th thoracic vertebrae on a patient, I was taught to find T1 (which is a prominent landmark). Then I was taught to use my fingers to palpate (feel) each vertabrae until I got from point A to point B (ie, T2, T3 & finally T4 in this case). This doc did no such thing, which is to say that he guessed where my T4 vertebrae is. Shame on him! I can honestly say that in seventeen years of practice, I've never ever GUESSED where a specific vertebrae was on a patient. Even when my patients get adjusted with a hand held Activator instrument, I count the vertebrae with my fingers the same way. My patients deserve nothing less!

Which brings us to what diferentiates CHIROPRACTIC from OSTEOPATHY in the first place. Chiropractic adjustments are specific! If my analysis (consultation, exam, xrays) determined that the patient has a vertebral subluxation (pinched nerve) at T4, then I need to adjust T4! I don't need to adjust T3 or T5!!!

Therefore, based on my lone experience with a Pro Adjustor 'adjustment', I would say that it was more like osteopathic manipulations that I've had in the past than any of the chiropractic adjustments that I've been blessed to have been on the receiving end of over the past two decades!

My next beef with Pro Adjuster is that Dr. M, the lead sales guy of the company that sells them, is in my opinion a professional salesman first and a Chiropractor second. I've read in Chiropractic Journals that at least a handful of docs that fell for the sales pitch, paid $100,000 or more for the Pro Adjustor equipment bundled with Dr. M's 'practice building' system, and then tried to get their money back got totally screwed by Dr. M & his company. These DC's had to go out of business & file for bankruptcy. That's a shame! Yet Dr. M. claims that he's all about advancing the profession known as 'Chiropractic'! Hmmm?

Dr. M also claims that he invented the Pro Adjuster. But he didn't. Another company invented the instrument. Dr. M just sells it (after he marks the price up considerably, by tens of thousands of dollars) along with his marketing / practice building system.

These Chiro journals also mention several lawsuits pending against Dr. M. and his company. It definitely doesn't sound like a company that I'd ever want to do business with.

My third and final complaint with the Pro Adjuster is that several Pro Adjuster DC's market it something like this "No popping, no cracking, no hurting". OK, here's the deal. There are over 200 different chiropractic techniques. Many of them involve no popping or cracking noises, which I refer to as "audible clicks". I perform two such techniques in my office, without the need for an overpriced $100,000 osteopathic toy!

The truth is that any competent Doctor of Chiropractic knows how to adapt his adjusting techniques to suit the individual needs of each patient. For example:

"Is the patient pregnant?"

"Does she have osteoporosis?", etc.

Their Pro Adjuster marketing also implies that if a Doctor of Chiropractic adjusts you without a Pro Adjuster, you will both feel pain and get hurt. That, my friends, is ludicrous and is what I like to refer to as a huge load of bull shit!

Putting my personal criticisms aside, there are over 200 chiropractic adjusting techniques. Some are osseous (where the patient may hear joints making noises), other are not osseous (no joint noise) and still others make use of instruments such as Activator or Pro-Adjuster. From what I understand, virtually every chiropractic technique has an 80+% success rate. So with that being said, I'm sure that Pro-Adjuster technique is successful in helping it's share of chiropractic patients.

But in my opinion, the type of marketing done by some Pro-Adjustor trained doctors (see above comments) sets the chiropractic profession back. It definitely doesn't advance our profession in the eyes of potential patients! Of course it may advance the profession in YOUR EYES if YOU happen to be a DC who just took the plunge and recently financed your Pro Adjustor purchase, since you now need to make $100,000 to pay off Dr. M. and his company!
Posted by Austin Family Chiropractic at 7:11 PM 37 comments: