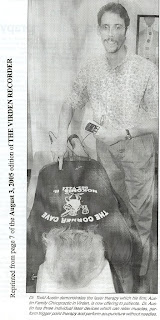 *The following article is being reprinted from page 7 of the 8-3-2005 issue of the Virden Recorder.

Laser therapy, which has been around since the 1960's in Europe, is used for all aspects of physical medicine, wound healing and rehabilitation. It has become a locker room staple for European sports teams and during the past five years has slowly been working its way into chiropractic offices in the United States, mainly on the east and west coasts. A Macoupin County Chiropractic Physician, Dr. Todd Austin of Virden, IL is now using this amazing technology in his office. Some of the results are quite staggering!

Austin was first introduced to this laser technology in the summer of 2004 at a chiropractic seminar. He then attended a weekend seminar devoted entirely to laser therapy in March 2005. "I was especially intrigued by the extent of serious shoulder injuries (rotator cuff, frozen shoulder, bursitis, etc.) that I witnessed responding to laser therapy at that seminar." says Austin. "I decided to devote the next few months to learn all that I could about lasers, to find the right laser equipment for my practice, and to save up the money to purchase this technology." And now Dr. Austin has done just that.

His laser equipment which arrived on July 16, 2005, actually consists of three individual laser devices. The first is suited for relaxing any kind of soft tissue injury, as well as promoting lymphatic drainage, while the second is specific for hard tissue problems like bones, joints and nerves (including conditions like sciatica and carpal tunnel syndrome). The third laser device is used for relaxing muscles as well as performing trigger point therapy and can also be used to perform acupuncture without needles.

Austin has been practicing needle acupuncture since 1993 and sees this 3rd laser as quite a breakthrough. "I love acupuncture, and have performed it for a variety of conditions. But I limit myself to doing three needle acupuncture treatments per day, since it is so time intensive. With laser acupuncture, I can treat each point (usually about 10 acu-points per patient) for just 30 seconds at each acu-point and get the same results."

And here's the kicker... most insurance companies won't pay for needle acupuncture which they consider "experimental", but will cover laser acupuncture which is usually included under the patient's therapy benefits.

"I see this as an awesome opportunity to introduce the benefits of acupuncture to more people throughout central Illinois," Austin explains, "and they won't even have to get stuck with needles."

The lasers that Austin uses are commonly called "cold lasers" or low-level laser therapy (LLLT) because they do not increase the temperature of the tissues that they contact, as compared to much more powerful "hot lasers" which are used for surgical applications in which the objective is to cut or cauterize tissue. 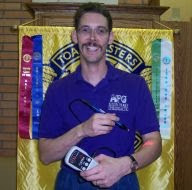 Cold laser therapy directs a specialized beam of light to the injury site. On a cellular level this increases local circulation, improves tissue oxygenation and stimulates the production of ATP (the cell's energy blocks), allowing tissue to be more responsive and to heal faster. On a larger scale, cold laser therapy quickly decreases pain, increases range of motion and increases the tissue's ability to heal and handle stress.

Cold laser therapy is exciting for the results it delivers to both doctors and patients. These benefits include:

*Easy to use. Simply turn the laser on and move it over the area of complaint. Research has shown that this protocol alone increases healing time by up to 30 percent, although there are much more advanced protocols for conditions like shoulder injuries.

*'Body saver'. The laser prepares the patient for the chiropractic adjustment. It quickly softens tissue and increases range of motion, so the Chiropractic Physician doesn't need to work as hard. 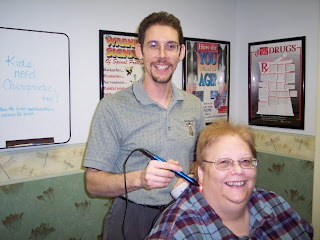 "In the two short weeks we've been using the lasers so far at our clinic, we have treated over two dozen patients with this technology" said Austin. "Most patients are quite impressed with the results. We've had several patients who are low back pain sufferers who reported that when they got up off the treatment table after their laser treatment, their pain was totally gone."

The first lady that used Dr. Austin's lasers for a chronic shoulder problem hadn't had normal right shoulder range of motion in over a year. She reported that her shoulder was pain-free when she got off the treatment table. Two days later, just before her second laser treatment, she informed the doctor that her range of motion not only had returned to normal, but that she had abused her shoulder at work all day with no ill effects whatsoever!

Lasers speak for themselves -- through patients who have experienced their healing effects. For more info on cold laser therapy or to schedule an appointment call Dr. Austin's office at (217) 965-3100 or send e-mail to draustin@royell.net .

For more information from an independent resource on cold laser therapy, including more than 200 research abstracts, go to http://www.laser.nu , the Web site sponsored by the Swedish Medical Society. More information can also be found on Dr. Austin's website at: http"//www.AFCvirden.com .
Posted by Austin Family Chiropractic at 8:42 PM 4 comments: 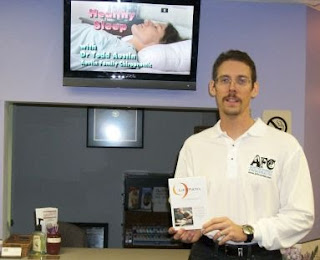 Dr. Todd Austin from Austin Family Chiropractic in Virden, IL was the first of five featured experts on the December 2010's monthly LifePath DVD. Dr. Austin, who has been serving the health and wellness needs of North Macoupin County, IL residents since 1996, spoke about "Healthy Sleep".

"Did you know that the position that you sleep in can determine not only how rested you feel in the morning, but can affect your overall health as well?" states Dr. Austin.

In his segment, Austin covered both proper and improper sleeping positions along with a few other tips as well. 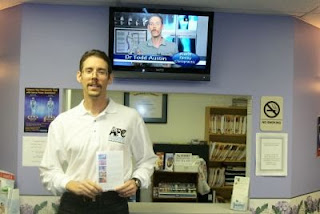 Other featured speakers on the December LifePath DVD were Shihan Nico about a breathing technique known as "Centering"; Dr. Dan Pompa, D.C. speaking on "Flu Facts"; Dr. Harlan Sparer, D.C. showing that although nuts are a wonderful snack, they are much healthier when soaked first; and Dr. Jennifer Buonano, D.C. giving some great holiday shopping tips.

LifePath Productions is a chiropractic-friendly video production company from Carefree, Arizona. They produce monthly DVD's that hundreds of Doctors of Chiropractic now show to patients in their waiting rooms. Many D.C.'s also purchase extra DVD's every month to give out to patients and prospective patients, sort of like a video business card. LifePath Productions can be contacted at 1-888-787-8808. 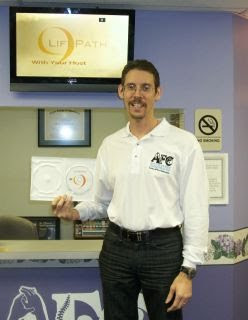